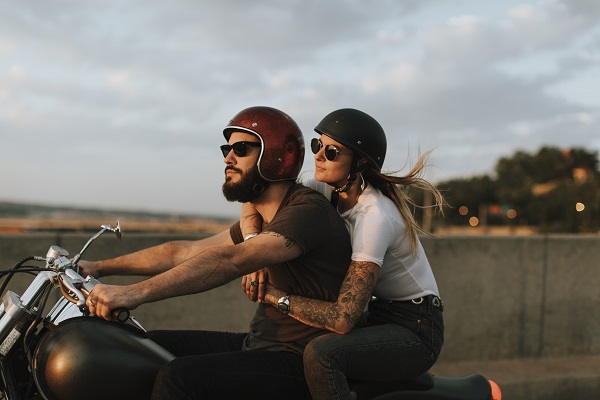 In recent years there has been a significant increase in motorcycle accident fatalities and injuries among riders, particularly those 40 years and older.

For both younger and older motorcyclists, injuries and deaths from motorcycle collisions primarily involve another vehicle. However, older riders were more than twice as likely to overturn and crash. They also were more likely to strike an embankment, fence, bridge overpass, or other fixed structure.

The events or actions most likely to trigger a motorcycle accident are being run off the road, overturning/rollover, and rear-ending another vehicle while slowing, stopping, or turning. Other crash factors may involve left turns, angle collisions, and sideswipes.

Among younger riders, wearing helmets was associated with less severe injuries than those who were without a helmet during a crash. On the other hand, helmet use had little effect on older rider injury rate and severity.

Engines rated 1,000 cc or higher were associated with an increased risk of head injury for all motorcyclists. Older riders who operated a motorcycle with a large engine at the time of the crash were more likely to suffer thoracic injuries.

Injured riders hospitalized with internal injuries to the head, chest, and abdomen from a motorcycle accident suffered high mortality rates. Older motorcyclists had nearly twice the risk of dying from head and abdominal injuries compared to younger riders. Chest injuries were equally lethal for both groups.

Motorcyclists overall have a high risk of suffering severe wounds in a crash. One in five motorcycle accidents results in debilitating or fatal injuries.

Most motorcyclists don’t want to think about the day they stop riding. It’s a highly personal decision. A rider has to take into account their physical and mental health, how confident they feel on the road, their capability to react to situations, and local laws. And these considerations don’t just apply to riders 60 and older.

Riding a motorcycle doesn’t guarantee a crash. But it does come with serious risks that all riders, young or old, should take into account before getting on their bike.

Motorcycles are larger and faster compared to the prior century, and there are more drivers and riders on the road than ever before. Whether you’re young or old, you deserve help for your motorcycle accident injuries.

Our motorcycle accident injury lawyers successfully defend injured riders from the insurance companies and negotiate for the maximum compensation possible that they need to cover their expensive medical and physical therapy costs.