An Atlanta Attorney on the Best Ideas to Avoid Motorcycle Crashes 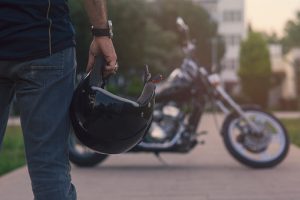 Those who enjoy the freedom of the open road can often be seen cruising on their motorcycles throughout greater-Atlanta. It's unfortunate that many drivers of passenger cars fail to see motorcyclists or show any regard for them. Driving distracted, aggressive, impaired, or tired are all habits that put motorcyclists at risk of being injured or killed in a crash.

Unlike drivers, motorcyclists must rely on helmets, protective gear, and adequate riding skill to stay safe. In some cases however, it may be impossible to evade a crash caused by a negligent driver.

According to the Georgia Governor's Office of Highway Safety, since 2007, more than 10 percent of all traffic fatalities in Georgia were motorcyclists. In 2018, our state saw a significant increase in motorcyclist deaths from the previous years, totaling 264.

Why sharing the road is critical to motorcyclist safety

It's important for passenger car drivers to understand that motorcyclists and other road users have just as much right to access the same roadways. Drivers should take the following precautions when around motorcycles:

Motorcyclists can reduce their chances of being injured in a crash by doing the following:

Should you or a loved one be injured in a motorcycle crash caused by someone else's negligence, don't hesitate to contact the Law Offices of Gary Martin Hays & Associates, P.C. for your free case evaluation. You may be eligible to pursue compensation from the driver's insurance company. Our attorneys are dedicated to helping through the process.