Home » Blog » Severe Neck Pain But the MRI Comes Back Normal? Here's Why

Severe Neck Pain But the MRI Comes Back Normal? Here's Why 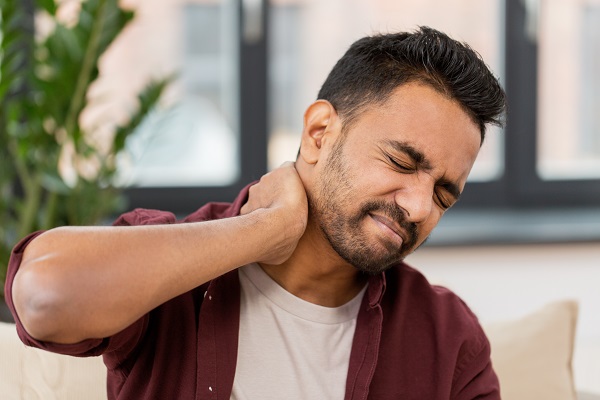 Neck pain after a crash is common. Symptoms such as soreness and strained muscles generally appear several hours later. Most people dismiss such pain as whiplash and assume their symptoms will improve with time.

For some car accident victims, though, their neck pain doesn’t go away. The pain becomes persistent.

A doctor will often suspect a herniated disc in the spine and order an MRI scan. However, when the MRI scan comes back normal, they may say there is nothing wrong even though the patient claims to be in real pain.

The most likely culprit is facet joint syndrome. Facet joints are pairs of cartilage that connect the middle of the vertebra and keep them from rubbing against each other as the spine flexes.

During an auto collision, these small joints and the surrounding nerves can easily become overstretched or compressed as the head jerks back and forth. This happens most often in the cervical section of the spine in discs C2 to C7.

When the facet joints become strained or torn, they send out pain signals. These are often confused with symptoms of whiplash or sciatica. The difference is that facet joint injury pain is chronic, reoccurring, and often flares up when a person moves.

Magnetic resonance imaging (MRI) scans use a powerful magnetic field, radio waves, and a computer to create detailed images of the body’s interior. It is useful for viewing soft tissues, including the heart, liver, bladder, uterus, and other organs.

Injured facet joints are difficult for MRIs to detect because they are so small and surrounded by bone. In most cases, an MRI of the spine will come back showing nothing wrong with the spinal column and discs.

However, receiving a normal MRI while suffering severe neck pain can be a good thing. It’s a clear indicator that the pain is not coming from a herniated disc but rather a damaged facet joint.

Fortunately, there are other ways to prove one or more facet joints were damaged.

Motion X-rays do exactly what their name implies: the machine records X-ray scans of a patient while they are moving instead of single still images. With this technique, a doctor can ask a patient to move their neck and observe the spine as it bends and flexes.

They will be able to tell not only exactly where on the spine the facet joint is injured, but also whether it is sprained, partially torn, or completely severed.

Another way to prove that the facet joint was injured is for a doctor to treat the pain with injections.

There are two types of injections: steroids and anesthesia. Anesthesia is preferred over steroids because it merely numbs the pain and can be absorbed by the body without negative side effects.

Nearly every time, the patient's pain goes away, proving that the facet joint was injured all along.

Researchers aren’t exactly sure why anesthesia injections work so well. One leading theory is that numbing the nerves allows the pain receptors to reset. It’s a bit like turning a computer on and off again.

Permanent pain relief for facet joint syndrome must be done through ablation. During the ablation procedure, the nerves are burned away so that they no longer send pain signals from the area.

Ablation provides lasting pain relief. In rare cases, it may need to be performed again because the nerves have regrown around the area.

Bone Degeneration Is a Factor, Not a Cause

As we get older, particularly past the age of 30, our bones naturally begin to weaken. This degeneration can lead to arthritis, bone spurs, and spinal stenosis. It also increases the risk of developing facet joint injury and pain after a crash.

Some doctors, however, make the mistake of assuming that a person’s pain is based on their age. They dismiss claims that the pain is new and there’s nothing to be done about it.

No matter a person’s age, young or old, you should not have to live with chronic pain that interferes with your daily life.

Neck Pain After an Accident

The neck is one of the most vulnerable parts of the body and is easily damaged in a crash. If you are suffering severe neck pain from an auto accident that wasn’t your fault, contact our Atlanta personal injury lawyers.

We can connect you with some of the best spinal doctors in Georgia. While you focus on treatment and getting better, our legal team works for you on your personal injury claim to win you the maximum settlement amount possible.