Men Are More Likely to Die in Crashes — Here’s Why 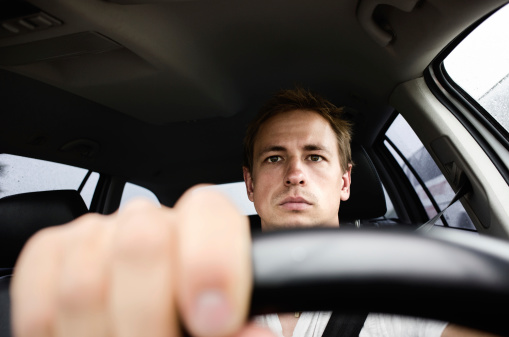 After decades of research, there’s a trend that keeps popping up again and again: men have a much higher chance of dying in a motor vehicle accident than women.

According to the IIHS, men drive more miles and are “more likely to engage in risky driving practices,” such as speeding, drunk driving, and not wearing seat belts. Crashes that involve male drivers also tend to be more severe.

Nearly every year from 1975 to 2019, the number of men killed in auto accidents was double that of women. But the gap has narrowed. Male crash deaths have declined by 22% (female crash deaths are down by 12%).

Fatality rates are also low and equal among vehicle occupants 0-15 years old for both sexes.

Even with all of the progress made, there is still a great deal of room for improvement.

In 2019, roughly 7 out of 10 motor vehicle crash deaths were men. When you break down the numbers further, you get a clearer picture of what’s happening. Males account for…

Fatality rates were substantially higher for males than females ages 16-29. The rate becomes only slightly higher for ages 30 and older.

One study found that male drivers of cars and vans had twice the rate of fatal accidents per mile driven. For male truck drivers, it was four times the rate, and for male motorcyclists, it was 12 times the rate. There was little difference between male and female bus drivers and bicycle riders.

What Does This Mean?

It means that women are much safer drivers than men. But there are ways to close this fatality gap while also reducing deaths overall.

One way is to rethink future road design — to put human life before speed. A safe system approach recognizes that our bodies can only take so much force and that even the safest drivers can make mistakes, but this shouldn’t cost someone their life.

Education campaigns that target young drivers, particularly males, should highlight the dangers of unsafe driving behavior. Attitudes about driving form at an early age, so young children need to be taught the value of responsible driving practices as well (and have it modeled for them).

How to Be a Safer Driver

Driving in Atlanta and other cities can feel hectic. Some drivers may suddenly speed by in the far right lane or swerve in front of you with barely a blip of their turn signal. It can be frustrating, to say the least.

The best actions you can take, however, are to take a deep breath, slow down, and not take someone else’s bad driving habits personally. This can be difficult sometimes, but the more you practice giving other drivers space, the more relaxing you’ll find the experience.

Here are a few driving safety tips to keep in mind:

Who to Call After a Fatal Crash

Thousands of car accidents happen every day in Georgia. Tragically, a small number are fatal or leave victims with lifelong injuries and disabilities.

After a serious accident, your life is forever altered. You deserve someone who cares and will fight for the full value of your losses.

At Gary Martin Hays & Associates, we’re there every step of the way with injured victims and grieving families. For many, it’s their first time going through such a difficult and traumatic experience.

Don’t delay in getting the help you need to move forward. Contact us via phone or chat for a free evaluation of your case by one of our experienced Atlanta personal injury lawyers.