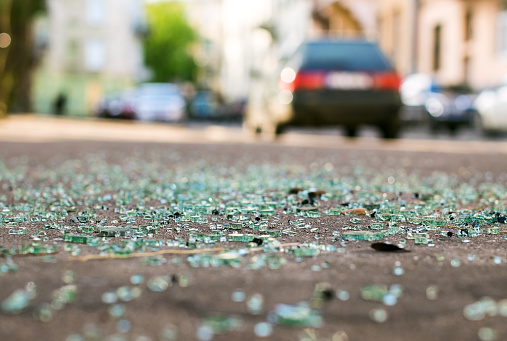 Despite there being fewer cars on the road in 2020, the number of fatal accidents that involved occupants being ejected from their vehicles skyrocketed by 20%.

The revelation fits in with a growing body of knowledge that points to increased unsafe driving habits during the COVID-19 lockdown last year.

Early estimates by the National Highway and Transpiration Safety Administration (NHTSA) show that nearly 38,700 people died in car accidents in 2020. That figure represents a roughly 7% increase in the number of fatal accidents that occurred in 2019.

Analysts say one contributing factor to the spike in traffic fatalities is a decrease in seat belt use.

So far, the evidence is mostly anecdotal; crash stats for each state are yet to be finalized.

Other behaviors contributing to the increase include impaired driving, driving under the influence of alcohol, and speeding, according to the NHTSA.

While there are some myths about buckling up, the vast majority of Georgia drivers and passengers wear their seatbelts. Compliance in 2019 was around 96%, though a statewide tally for 2020 is not yet available.

The NHTSA uses ejections as a measure of seat belt use in the general population, and the number of people who died in fatal accidents who were not wearing seat belts increased by 15% in 2020.

In addition to the ejection discovery, highlights from the NHTSA's "Early Estimates of Motor Vehicle Traffic Fatalities" include:

Car, truck, and motorcycle accidents are the leading cause of injury deaths in Georgia, but some counties see more accidents than others.

In Metro Atlanta, for instance, the number of deadly crashes varies widely from county to county.

Here are the number of fatal accidents per county in 2019:

Even though DeKalb County reported one of the highest fatal crash counts in Georgia, 2019 reflects a 27% drop in deadly accidents there.

Meanwhile, the number of fatal accidents went up by 10% in Fulton County.

While the Atlanta region may lead the state in total fatal crashes recorded, the counties with the highest number of crashes per 100,000 residents include Warren—which had 76.1 fatal accidents per 100,000 people in 2019—Wilkinson, and Baker counties.

Is it time to update Georgia's seat belt law?

To encourage seat belt use, Georgia runs a Click It or Ticket campaign that focuses on education and enforcement.

Over the last few years, lawmakers have debated extending the reach of the state's seat belt law.

Right now in Georgia, anyone sitting in a motor vehicle's front seat must wear a seat belt.

Passengers in the back seat are required to use a safety restraint such as a seat belt or child-safe car seat, through age 17.

Some lawmakers want to require seat belt use for everyone riding in a vehicle, regardless of age or their position in the car.

The law would most likely not apply to motorcycles, pickup trucks used for agricultural purposes, and some older vehicles designed to carry 11 to 15 passengers, delivery drivers, people with medical exemptions, vehicles manufactured before 1965,  the U.S. Postal Service, and newspaper delivery drivers.

We can't stress enough how important it is to buckle up, regardless of whether you're a passenger in a car or sitting behind the steering wheel.

Seat belts save lives, and if you choose not to wear one, your odds of getting injured in an accident go way up.

Still, there's only so much protection a vehicle's safety features can provide, and if you're involved in a crash, you may suffer severe or debilitating injuries as a result.

If you were injured or a loved one died in a car accident, it's important that you understand your legal rights and options so that you don't lose out on the compensation you need and deserve.

The Law Offices of Gary Martin Hays & Associates, P.C., has been standing up for accident victims in Georgia since the 1990s, and our law firm has helped families here recover more than $1 billion in settlements are verdicts.

Contact us today to set up a free consultation and learn how an experienced car accident lawyer can help you. Our offices are located in Duluth, Atlanta, Lithonia, College Park, Gainesville, and Marietta.