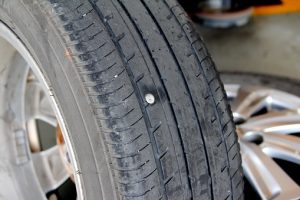 We've all had a flat tire at some point. For many drivers, it's nothing more than a frustrating ordeal. They end up arriving late to work because they had to pull over and replace their flat tire with a spare. The real danger of tire failure, however, is overlooked far too often.

We place a copious amount of emphasis on distracted driving, speeding, and impaired driving - and for good reason -- but the dangers of unsafe tires must also be addressed. Tire safety can save your life and the lives of other road users.

How to know when it's time to replace a tire

There are currently no federal laws that prohibit the sales of any tire based on its age. While some states have laws in place requiring the inspection of tire tread wear, no states require inspection of the age of a tire. In addition, tire companies are reluctant to warn drivers about the dangers of driving on an old tire.

Tires only have a life span of approximately six years. Over time, the tread begins to wear down and dry out, putting drivers at risk of tire blowouts or tread separation. The results can be disastrous. According to the National Highway Traffic Safety Administration (NHTSA), tires six years of age or older are at a heightened risk of tread separation.

Tires, unfortunately, don't come with expiration dates. They do come with a manufacturing date etched into the serial number. This date is counter-intuitive to most vehicle owners and is hidden on the side of the tire. For example, if a tire was manufactured on the 19th week of 2012, the last four digits of the serial number will read 1912.

An old tire can appear to be in good condition. There may not be enough tread wear indicating that it's time to purchase a new tire. If a tire is six years of age or older, it's time to replace it, for your own safety and the safety of others.

Driving on an old tire presents several crash risks, including:

Any of these situations can result in drivers losing control of their vehicles. The NHTSA reports that 2017 saw a total of 738 traffic fatalities across the United States due to tire failure. Aside from tread wear, tire underinflation is a common risk factor. Roughly one in four cars on US roads has at least one underinflated tire caused by pinhole fractures, small cuts, and overall tread wear.

Another common risk factor in tire failure is irregular wear. This occurs when a driver's wheels are out of alignment and slightly tilted inward. The tire tread will be worn down on one side and as good as new on the other side. Some drivers may be under the impression that if they correct the alignment of their wheels, they can continue driving on tires with irregular wear, but driving on tires with any tread wear is extremely dangerous.

No matter what the crash scenario was, your first and most crucial course of action after a crash should be to speak to an attorney. There are several reasons why a tire-related crash could occur. These include:

An experienced car accident attorney at Law Offices of Gary Martin Hays & Associates, P.C. can answer any questions you may have and help you explore the legal options available to you. Don't hesitate. Contact us today to schedule a free case evaluation.