Home » Blog » Head-On Collision Injuries: Do You Need a Lawyer?

Head-On Collision Injuries: Do You Need a Lawyer?

Head-on collisions are one of the rarest kinds of accidents, yet they are the most dangerous and deadly type of crash. Despite accounting for only 2% of wrecks, head-on collisions cause 10% of driving fatalities. 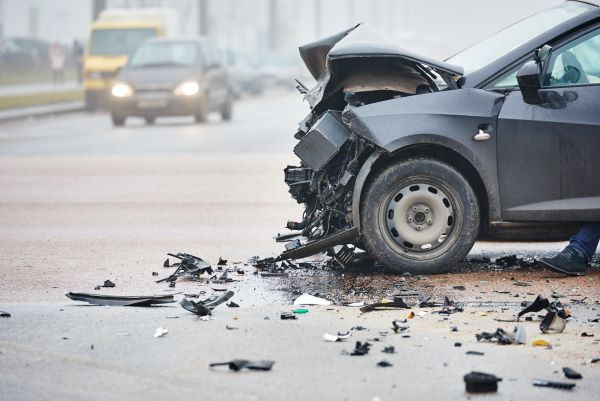 We’ll look at the dangers of head-on collisions and how to deal with injuries sustained after the fact. If you’ve been hurt due to a head-on car, truck, or motorcycle accident, contact our Atlanta personal injury lawyers to get immediate help to protect your rights before speaking with the insurance company.

What Makes a Head-On Collision So Dangerous?

In a head-on accident, drivers and any occupants suffer immense kinetic forces from the crash. When two cars are traveling toward each other, there is often little to no time to apply the brakes. At high speeds, even the best vehicle safety features may not be enough to protect passengers from the force of the impact.

The reason head-on collisions are so dangerous and deadly is because the impact force between the vehicles is doubled. Two cars going 60 mph will each experience a crash force equal to hitting a stationary object at 120 mph.

Researchers from the IIHS and the AAA Foundation for Traffic Safety demonstrated this fact by causing two similar vehicles traveling at least 56 mph to crash head-on. Based on data from the crash test dummies, they found that human occupants in a head-on crash would most likely suffer severe neck and brain injuries and possibly leg fractures.

How Do Head-On Collisions Happen?

Head-on collisions tend to be the result of negligent driving, usually due to drunk drivers, distracted drivers, loss of control due to aggressive driving or speeding, or drivers swerving into another lane to avoid an obstacle.

Driving situations that can lead to a head-on collision include:

According to the National Highway Traffic Safety Administration, head-on collisions tend to be more prevalent in rural areas. This is possibly due to how dark rural roads can become at night and how they can unexpectedly change direction.

Statistics from the Fatal Analysis Reporting System (FARS) shows that:

Victims of head-on collisions may also suffer minor injuries such as whiplash, back injuries, bruises, and cuts. A major accident like a head-on crash can cause post-traumatic stress disorder, leaving the victim emotionally scarred and anxious.

Motorcyclists struck by a car head-on or a passenger vehicle hit in the front by a semi-truck have an even higher chance of suffering severe or fatal injuries.

Sometimes a head-on collision is so traumatic that it results in tragedy, with victims dying in the crash or later on as a result of their injuries. A fatal head-on crash often occurs because of driver negligence.

The other driver may have gotten behind the wheel drunk or under the influence of drugs, and they failed to maintain their lane. Other factors can include speeding, failure to yield, distracted driving like texting, failure to obey traffic signs, driving the wrong way, or driving while fatigued or ill.

After a head-on crash, you need an attorney to fight on your behalf and hold the driver who hit you or your loved one responsible. We send investigators to examine the evidence, and we stand toe-to-toe with the large insurance companies and their team of lawyers who may try to stall, delay, or deny your injury claim.

It’s our job to make sure you receive all of the medical care you need so you can make a full recovery from your injuries. We fight to recover what has been taken from you.

Our team of head-on crash lawyers is here to support you during this difficult time. Call Gary Martin Hays & Associates now for your free consultation at 770-934-8000.

We’ll explain your rights, the insurance company’s responsibilities, and how we can help you on the road to physical recovery and financial compensation.