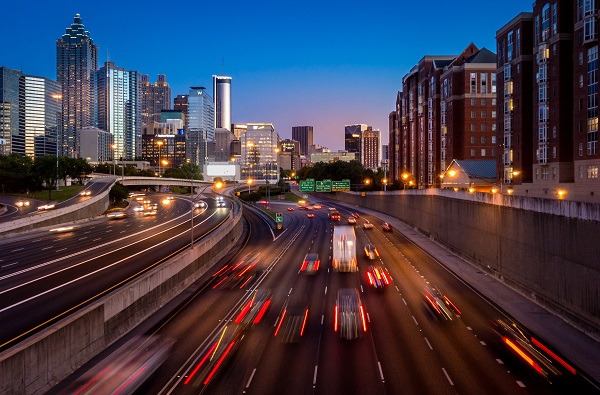 Despite hopes that less traffic on roads and highways during the pandemic would reduce accidents and deaths, the opposite happened. Both 2020 and 2021 were shockingly deadly and dangerous years for drivers.

Some drivers saw the empty roads and light traffic as an invitation to speed. Driver error and irresponsibility contributed to most fatal crashes. Experts point to speeding, impaired driving, and distracted driving as the main factors.

Greater speeds in a collision mean a greater impact that passengers and pedestrians are less likely to survive. Every transportation group, from bikers to pedestrians to motorists, was affected.

This deadly trend continued in 2021. Early estimates show there were 1,776 traffic fatalities in Georgia.

Despite being the 8th most-populous state, Georgia ranks 4th for the largest number of fatal accidents.

And the uptick in fatal crashes that began at the start of the pandemic has yet to slow down. 2022 may be yet another year where deadly crashes increase from the year prior, representing what some in the transportation industry call a crisis.

Speed seems to be the biggest factor in fatal accidents. Half of all car crashes each year in the U.S. are caused by aggressive drivers, most of whom were speeding.

Teens continued to suffer high crash fatality rates as well. Speed, lack of driving education, and distracting passengers put many 16- to 19-year-olds at risk of a fatal wreck.

Pedestrians deaths have spiked in the last few years. According to the IIHS, pedestrian deaths accounted for nearly 17% of all motor vehicle crash fatalities in 2019. About 1 in 5 pedestrian deaths involved a hit-and-run accident. Distractions are the third leading cause of pedestrian fatalities, mostly due to electronic devices.

Unless individual drivers make the decision to obey the speed limit, drive cautiously, and limit distractions, the unfortunate statistics of 2020 and 2021 may be equaled or surpassed this year.

Drivers have to take responsibility when it comes to making the roadway safe for themselves and others. Ignoring their phone, driving sober, and buckling up are the easiest measures for individuals to take.

Wearing a seatbelt, especially, is a huge factor when comes to crash safety. A person is far more likely to survive a crash if they are wearing a seatbelt. This goes for everyone in the car, not just the driver.

Not wearing a seatbelt means you are 30 times more likely to be ejected from the vehicle during a crash (which in turn, increases your chance of dying).

Other ways to reduce the chances of a fatal car crash include:

Even if a person does what they should be doing behind the wheel, another driver may make an irresponsible decision that ends in tragedy. When someone is killed in a car accident, motorcycle accident, or truck accident through no fault of their own, their family may be entitled to file a wrongful death claim.

These cases are never easy. Many of the victims are young and leave behind grieving parents or families of their own.

We know you have questions. At Gary Martin Hays & Associates, we have helped countless families after the accidental death of a loved one. It’s our job to ensure the insurance companies cover the unexpected costs that come with their loss, such as medical bills, funeral expenses, future lost income, and emotional suffering.