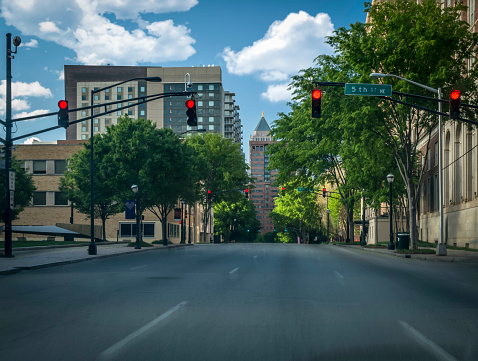 According to the National Coalition for Safer Roads (NCSR), Georgia is 6th on the list of “Top Ten Most Dangerous States For Red-Light Running,” based on data showing 32 fatalities in the state linked to drivers running red lights in 2019.

That’s why the Georgia Department of Transportation has recognized the national “Stop On Red” campaign during the first week of August to bring attention to the dangers of running red lights.

The campaign was started in 1995 by the Federal Highway Administration and continues to be promoted by the National Coalition for Safer Roads. The organization lists 10 reasons to stop on red, based on federal statistics. Those reasons include:

The organization is calling for the use of innovative technologies such as red-light cameras at dangerous intersections to help address the problem.

“Red-light cameras save lives. They are designed to change bad driving behavior and help reduce the collisions caused by red-light runners,” said Melissa Wandall, NCSR President. “We need every safety tool and everyone to work together in order to cut down the insatiable heartache on our roadways.”

NCSR cites a 2019 AAA Foundation for Traffic Safety national telephone survey in which 86% of drivers said speeding through a red light is “very or extremely dangerous.” But there are still drivers who do it.

Negligent drivers who speed through red lights put everyone at risk. An accident can leave others with serious injuries that can be fatal. Those that survive face months or years of medical treatment, and expenses can become overwhelming. Victims often experience financial stress, and they aren’t sure how they are going to pay their bills.

Recovering financial compensation is a complicated process for many reasons. Negligent drivers often deny running a red light and may even try to blame the victim for causing the accident. Insurance companies look for any reason to pay out as little as possible.

That’s why it’s important to have an experienced car accident attorney who knows how to investigate crashes, build strong cases and fight back against insurance company tactics. The Law Offices of Gary Martin Hays & Associates, P.C. has been fighting for the injured in Georgia since 1993. We know how to get results.

If you were injured in an accident in Duluth or Atlanta, get legal advice as soon as possible. Contact us to schedule a free consultation.