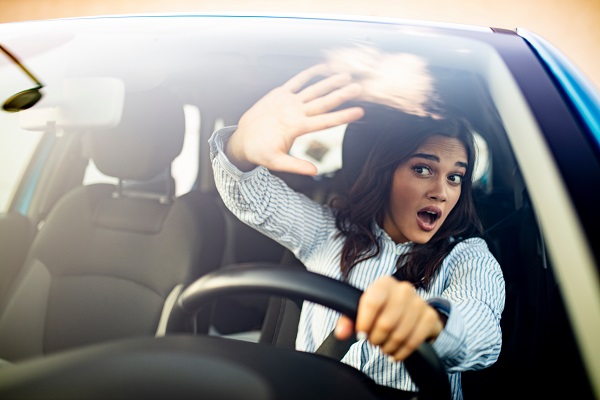 You see it happen almost every day: a driver drifts or veers into another lane only to jerk away to avoid a collision at the last second. This can be scary and stressful for the driver of the vehicle that was nearly struck.

A negligent driver who fails to maintain their lane could cause an accident by crashing into another vehicle or causing a nearby vehicle to swerve away and crash into something or someone else. This can be especially serious if the negligent driver is operating a large truck or tractor-trailer.

If you or someone you know was injured due to a driver swerving or drifting into another lane and causing a collision, contact our Atlanta car accident lawyers to discuss your rights and next steps.

There are many reasons why a driver unintentionally drifts or veers into another lane. While no driver is perfect, most of the time failure to maintain lane is due to negligence and carelessness.

Distractions - Distracted while driving is the top cause of auto accidents and injuries. Distractions can come in the form of passengers, mobile phones, electronic devices, food and drink, loose items in the vehicle, daydreaming, etc. Any activity that diverts a driver’s attention is considered a distraction. Every driver has a duty to stay focused on the road. When they fail that duty and cause an accident by drifting into another lane, the injured victim generally has the right to pursue compensation.

Intoxication - Hundreds of thousands of people are severely injured by drunk drivers each year. Drunk driving and driving while high contribute to nearly a third of all traffic fatalities. Many drunk drivers are repeat offenders and are operating their vehicles on a suspended license. An impaired driver has difficulty maintaining their lane and will either consistently drift to one side or weave back and forth. This recklessness puts other drivers and pedestrians at risk. Depending on the severity of the accident, punitive damages may be brought against the at-fault driver in addition to regular personal injury damages.

Exhaustion - Lack of sleep, overwork, all-nighters, and medical issues can all contribute to drowsiness. Studies have shown that getting behind the wheel while exhausted is just as bad as driving while drunk. Sleepiness impairs the brain and dulls reflexes. This can cause a person to repeatedly drift into other lanes, putting themselves and others at risk. In rare cases, a driver may even pass out at the wheel and veer across the road and over the side. A driver who fails to maintain their lane due to drowsy driving is generally liable for any damages and injuries they cause.

Whatever the excuse or reason, it doesn’t make up for the damages and injuries a person suffers in a failure to maintain lane accident. Talk to a personal injury lawyer before you speak with the at-fault driver’s insurance company. Serious injuries demand a serious accident settlement.

Under Georgia Code § 40-6-48 (1), drivers can receive a ticket for failure to maintain lane if a police officer sees or determines their vehicle crossed over the center or sidelines without signaling.

The statute grants some small leeway to drivers by allowing them to drive “as nearly as practicable”, meaning exceptions may be made if there is, for example, debris on the road or a driver was trying to avoid an accident in progress.

If an officer suspects a driver is under the influence of alcohol or drugs, they can use it to stop and investigate someone. However, a person can receive a ticket for failing to maintain their lane even if they are not impaired.

Admitting to a failure to maintain your lane or being convicted carries certain penalties:

Get Help From a Personal Injury and Accident Attorney

Were you injured by a driver who failed to maintain their lane in Georgia? Our expert accident attorneys can help. You have rights when it comes to filing a car accident injury claim, especially if the driver was drunk or impaired at the time of the crash.

Protect yourself and your health by hiring a law firm that knows how to negotiate with the insurance company and make sure all of your medical expenses and damages are covered. Having a personal injury law firm in your corner means having an advocate who will listen to your side of the story and investigate all avenues of financial compensation.

If you have questions or would like a free consultation, contact Gary Martin Hays & Associates anytime at (770) 934-8000.