Is drugged driving just as prevalent as drunk driving? 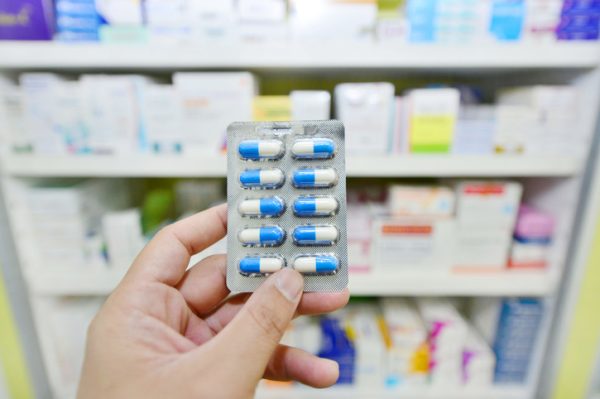 Last month, we discussed the commonality of crashes caused by alcohol-impairment. In addition, we identified the point at which impairment begins, even among drivers with a legal BAC limit.

Drunk driving is a major safety concern during the holiday season. We hear the public service announcements warning drivers not to drink and get behind the wheel. We have law enforcement officers equipped with breathalyzers and a keen eye, looking for drunk drivers. But how much scrutiny are we placing on drugged driving? Clearly not enough.

Do prescription drugs cause impairment behind the wheel?

Even when the focus is shifted to drugged driving, most of the scrutiny is placed on illegal drugs, like heroin and methamphetamines, but drugs don't have to be illegal to cause impairment. Many of them are prescribed by doctors or purchased over-the-counter, according to the National Highway Traffic Safety Administration.

Common prescription drugs that can cause impairment include:

A 2013-2014 National Roadside Survey study tested drivers for the presence of prescription, over-the-counter, and illegal drugs at 300 locations across the United States. According to the data, 10 percent of participants (who drive during the daytime on weekdays) tested positive for prescription and/or over-the-counter drugs.

While these prescription drugs (when not being abused) are taken legally, some drivers underestimate the potency of them, especially those who are taking them for the first time or mixing more than one medication.

When taking a prescription drug for the first time, people should refrain from getting behind the wheel until they fully understand how the drug will impact their ability to drive. If a prescription drug causes any kind of impairment, drivers should stay off the road until the side effects subside. A video released by the NHTSA briefly demonstrates how a crash can occur when a driver is under the influence of a prescription drug:

You can walk into any pharmacy or grocery store and purchase cold and flu medications, allergy medicine, and sleep aids. Some of these medications can cause serious drowsiness, as well as nausea, irregular heartbeat, and shakiness — all of which can result in impairment behind the wheel.

People should only take nighttime medicines and sleep aids at night when they know they won't need to get behind the wheel.

Not only dangerous but also illegal

In the state of Georgia, drivers who are under the influence of alcohol or any kind of drug (including prescription and over-the-counter drugs) to the point that it causes impairment, may be arrested and charged with DUI.

The penalties can be even more severe when the impairment results in someone else's injury or death. That's why drivers should never take such a chance by getting behind the wheel after taking certain prescription or over-the-counter drugs.

If you or a loved one was injured in a crash with an impaired driver, don't hesitate to take immediate legal action. The experienced car accident attorneys at Atlanta-based law firm the Law Offices of Gary Martin Hays & Associates, P.C. have witnessed the devastation impaired driving causes to victims and their families.

Our legal team will take the time to help you explore your legal options, investigate your crash, and leave no stone unturned in the process. To schedule your free consultation with one of our attorneys, contact us online today.