Drivers Urged to Stay Safe This Fourth of July Weekend 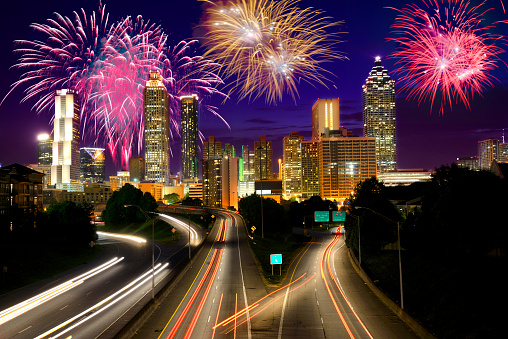 The Fourth of July holiday weekend is traditionally a busy time of travel for families in Georgia and across the nation. But unfortunately, it's also consistently one of the deadliest holiday weekends for drivers on our nation's roads. Each year, tens of thousands of people are injured and hundreds more die in preventable car accidents.

According to estimates from the National Safety Council, more than 450 people may die on U.S. roads this Independence Day holiday period (defined as 6 p.m. Friday, July 1, 2022, to 11:59 p.m. Monday, July 4, 2022). During this period, alcohol-impaired drivers are historically involved in about 40% of all fatal crashes—the highest percentage of all major holidays.

As a result, traffic safety officials are encouraging drivers to be safe and watch out for drunk drivers. And if you do plan to consume alcohol this holiday weekend, designate a sober driver or make other plans so that you don't end up causing a crash that results in severe injury or death.

Last year, at least 16 people died on Georgia roads over the Independence Day weekend. While negligence comes in many forms, driving under the influence of alcohol is one of the main contributing factors to fatal crashes during the Fourth of July.

It's also 100% preventable if we all do our part. As we get ready to celebrate the birth of our nation, take the following steps:

When you're behind the wheel, there are many ways to identify drunk drivers. Telltale signs that a driver may be impaired include:

If you think you're sharing the road with a drunk driver, keep your distance or pull over to let them pass. Then, call the police to let them know you suspect someone is driving drunk. Remember as many details as possible, including what road you're on, what direction the driver was traveling, and any details about the driver/vehicle (car make/model/color, license plate number, description of the driver).

Talk to a car accident lawyer if you've been injured

You can do only so much to stay safe when you're out on the road this Independence Day weekend. No matter how careful you are, it only takes one irresponsible driver to cause a crash that leaves you in pain, out of work, and wondering what to do next.

In Georgia, crash victims have recourse through the civil justice system, but the process of holding reckless drivers accountable isn't always as easy as it should be. That's because insurance companies have a financial incentive to pay you as little money as possible, and if you don't protect your rights, that's exactly what could happen.

At the Law Offices of Gary Martin Hays & Associates, our accident lawyers know how to deal with insurance companies and fight for the compensation our clients deserve. Since 1993, we've helped families throughout Georgia recover more than $1 billion.

Discover what Georgia's Power Law Firm can do for you. If you were injured in a crash that wasn't your fault, contact us today for a free consultation with an experienced Georgia car accident lawyer. We have offices in Atlanta, Duluth, Lithonia, College Park, Marietta, Gainesville, and Conyers.