Home » Blog » Hit By a Driver Asleep at the Wheel: Drowsy Driving

Hit By a Driver Asleep at the Wheel: Drowsy Driving 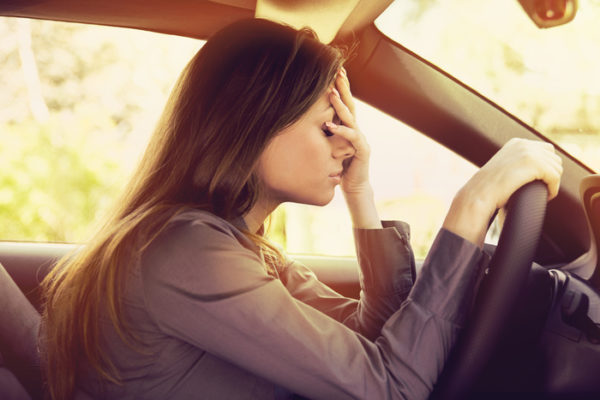 Despite common sense and repeated warnings from experts about getting the proper amount of rest, tired or inebriated drivers still get behind the wheel and get involved in car accidents.

Falling asleep behind the wheel is easily preventable. We’ll list the most common factors that contribute to car accidents caused by sleep deprivation and what to do if you were injured by a drowsy driver.

How Many Car Accidents Are Caused By Sleep Deprivation?

However, the precise number of drowsy-driving accidents, injuries, and deaths is not known. Statistics for sleep deprivation and car accidents rely on either self-reports from drivers, police reports, or hospital workers.

Crash investigators look for signs of fatigue at a scene but such cues may not always be apparent in the aftermath of a crash. There is broad agreement among traffic safety, sleep science, and public health communities that the impact of drowsy driving is underestimated.

AAA’s Foundation for Traffic Safety found that drowsy driving is widespread among drivers. Here are a few facts that the study found:

Sleepiness can strike and cause crashes at any time of the day but these top three factors are the most commonly associated with the issue:

Fatigue Is a Widespread Problem

It comes as little surprise that the average American is not getting enough quality sleep. In a society that operates 24/7, demanding jobs, long commutes, and the ever-changing landscape of technology and entertainment prevent most people from getting the sleep they need.

Sleep deprivation can be caused by numerous factors, including:

Fatigue has costly effects on public safety and health. It impairs mental acuity and performance, hand-eye coordination, and driving skills.

The Hazards of Drunk and Drugged Driving

Alcohol, some over-the-counter medicines, and illegal substances can also increase drowsiness and impairment. A driver who consumes alcoholic beverages or takes medication that can cause drowsiness and then gets behind the wheel of a car or truck may be held liable for more than just the wreck.

If their negligent choice is what caused the accident, a personal injury lawyer can pursue punitive damages in addition to the damages sought in a personal injury claim. Drivers who operate a vehicle while high or intoxicated need to be held accountable for their actions.

Avoid drinking alcohol before driving and always check your medication to see if drowsiness is one of the side effects.

Sleepiness, drowsiness, and fatigue contribute to more wrecks than most people realize. Underreporting happens because it may be overlooked, a driver was unaware of how tired they were, or a driver is reluctant to admit that they fell asleep at the wheel.

Our personal injury law firm can help you hold the negligent driver responsible. They chose to drive while tired or drunk — you shouldn’t have to pay for their mistake, whether you were a passenger in their vehicle or another driver on the road with them.