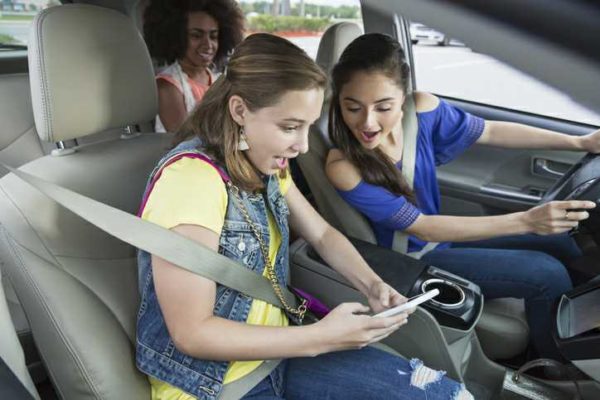 Safe driving not only takes attentiveness and caution, it takes experience. Even after months of driving school, teen drivers still don't have as much experience as those who have been driving for several years.

Also, the use of cellphones is very popular among teenagers. Since people tend to be more social during their younger years, they may want to keep in touch with friends through text messages and social media.

Research from the National Highway Traffic Safety Administration (NHTSA) shows that teen drivers are more likely to use cellphones while driving than any other age group.

What is the distracted driving law?

The only exceptions are:

In Georgia, the handheld ban is enforced as a primary law. That means police can pull over a driver for using a cellphone without violating any other traffic laws. In states where distracted driving laws are only secondary, police can only cite drivers who are stopped for other traffic infractions.

Flaherty also makes it clear that distracted driving among teenagers can be prevented when parents set a good example. Parents who drive distracted with their kids in the car are more likely to pass that kind of behavior on to their children.

Distracted driving is a leading cause of serious and fatal crashes in Atlanta and across the United States. If you or a loved one was injured in a crash caused by a distracted driver, you may be eligible for compensation.

The at-fault driver's insurance company is responsible for paying for damages. This includes (but is not limited to) medical expenses, lost wages, and pain and suffering.

That's why you need an experienced Atlanta car accident attorney on your side who knows how to take on the insurance companies and fight to maximize your compensation. Look no further than the Law Offices of Gary Martin Hays & Associates, P.C. Contact us online to schedule your free case evaluation.