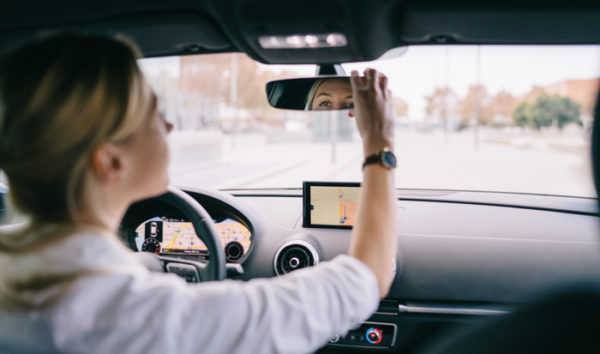 You see it all the time in Atlanta and the metro area, on the interstate or back roads. A driver is riding the bumper of another car. They speed up, aggressively swerving into other lanes, and even driving on the grass or emergency lanes. They may have been so close behind you that you couldn’t even see their front bumper.

Tailgating isn’t just dangerous, it’s illegal. And for good reason. A crash caused by tailgating can cause serious injuries to both parties. If too many cars are following each other too closely it can lead to a chain reaction wreck, with multiple fender benders, crushed bumpers, and insurance headaches.

Following too closely can also mean that the aggressive driver isn’t leaving enough room between their vehicle and the one in front. If traffic suddenly stops or the car ahead signals to turn and they aren’t paying attention, it can cause a devastating traffic accident.

What Georgia Law Says About Tailgating

The Official Code of Georgia (O.C.G.A. 40-6-49) lays out the rules regarding overtaking, passing, and following too closely.

Drivers should not follow another vehicle closer than they should. They should respect the flow and speed of traffic, especially if there is congestion or inclement weather. You shouldn’t feel forced to speed up and tailgate a car in front of you because the car behind you won’t back off.

Drivers towing or pulling another vehicle or attachment should leave enough space between their vehicle and a similarly laden vehicle in front of them to allow cars to pass between them if necessary. This is to keep frustrated drivers from making dangerous maneuvers when an exit or split appears on a highway.

The same idea applies to caravans or motorcades (but does not affect funeral processions, parades, and groups of vehicles supervised by law enforcement).

A vehicle is considered to be “following” when it approaches the rear of another car or truck stopped or slowed to make a lawful turn.

How to Get a Driver to Stop Riding Your Bumper

It may not be lawful to tailgate but that doesn’t stop some drivers from doing it anyway. They might do it out of habit, because they are in a hurry, or have issues with road rage and impatience.

Here are some strategies to help protect yourself if a driver is following your vehicle too closely:

If you’re in the passing lane (the farthest left lane), and you are being tailgated there are two potential reasons. The first is that you are going too slow. Speed up (but don’t exceed the speed limit) or move over to the right when it is safe to do so. The second is that you are going the proper speed but the person behind you isn’t satisfied and wants to go faster. It’s not your job to police the roadway — move over and let them pass.

Get a Rear-End Car Accident Lawyer

Rear-end collisions caused by tailgaters are one of the most common causes of accidents. It happens every day on Atlanta’s interstates and suburban roads. On top of such a traumatic experience, you or one of your passengers was hurt.

Fortunately, our rear-end car accident attorneys have helped thousands of clients with their cases. It’s most likely not your fault the other driver was following too closely. You shouldn’t have to pay for expensive medical bills and car repairs.

We can help get the care and treatment you need after a tailgating accident. Our Atlanta personal injury law firm makes sure the insurance company takes you seriously and pays you the maximum amount you need to get back to normal.