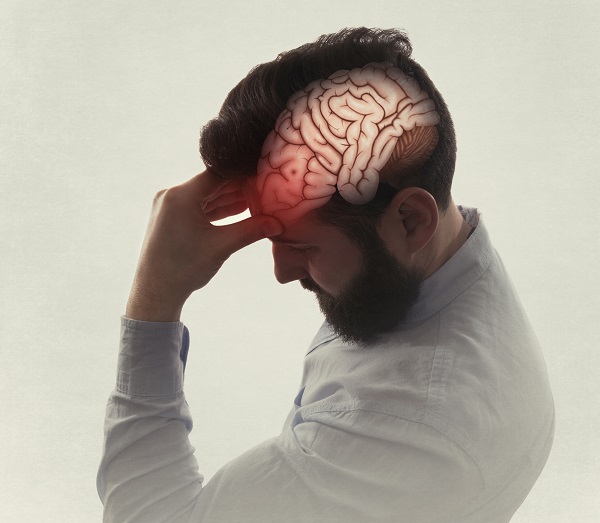 Brain bleeds, also known as intracranial hemorrhaging and cerebral hemorrhaging, occur when blood leaks in-between the brain tissue and the skull or into the brain itself. Left untreated, a brain bleed can cause permanent brain damage or death.

If you suspect you or a loved one is suffering from a traumatic brain injury after an accident, seek medical attention immediately by calling 911.

What Are the Symptoms of a Brain Bleed?

In a car accident, your head may strike an object in the car, or you may suffer whiplash. Outwardly, there may appear to be no signs of injury. However, the force of the impact was enough to crush or tear soft tissues and blood vessels within the skull.

Brain bleed symptoms depend on the area of the brain involved. In general, signs include:

A traumatic car accident is enough to cause a brain bleed, but some people with pre-existing conditions are more susceptible than others. High blood pressure, cerebral aneurysms, weak/abnormal vein and artery connections, bleeding disorders, heavy drug use, pregnancy, etc., can increase a victim’s chance of suffering an internal brain bleed after a wreck.

What Are the Types of Brain Bleeds?

The brain has three membranous layers (meninges) that separate and protect the brain from the hard skull. Bleeding can happen anywhere between these three membranes. 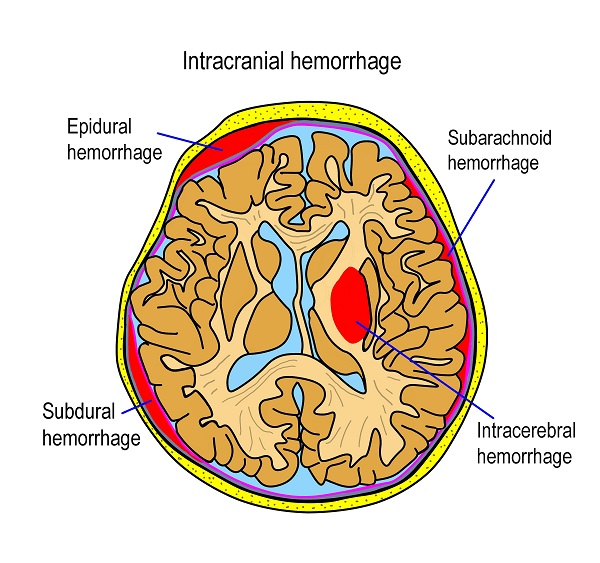 Then there is the bleeding that occurs inside the brain tissue. Two types of brain bleeds can happen within the brain:

How Serious Is a Brain Bleed?

The brain cannot store oxygen. It constantly relies on blood vessels to supply it with large amounts of oxygen and nutrients. When a brain bleed happens, less oxygen is able to reach the brain. As the blood pools outside or within the brain, pressure builds within the skull.

No matter where the brain bleed occurs, the symptoms usually happen fast and get progressively worse. This is a life-threatening condition that should not be ignored.

Can You Have a Brain Bleed and Not Know It?

In certain situations, brain bleeds can happen slowly over time. Signs of a brain bleed can take days or weeks to manifest. As soon as you realize something is off or wrong, seek emergency medical care immediately. Once brain cells die, they do not regenerate.

The longer treatment is delayed, the more damage will occur. Without proper treatment, a person suffering from a brain bleed faces severe physical and mental disabilities or death.

Is a Brain Bleed Different From a Stroke?

A brain hemorrhage is a type of stroke. A hemorrhagic stroke happens when a blood vessel bursts and bleeds into the brain. Brain hemorrhaging is the second-leading cause of strokes, accounting for about 13% of cases.

What Are the Chances of Surviving a Brain Bleed?

Any type of bleeding inside the skull or brain is a medical emergency. The sooner a person is admitted to the emergency room, the sooner they can receive life-saving care. Brain bleeds are treatable. Prompt treatment can limit damage to the brain and improve recovery outcomes.

Will Surgery Be Necessary?

Surgery for a brain bleed may be needed in certain circumstances. Decompression releases pooled blood and relieves pressure on the brain. A burr hole procedure (a hole is drilled into the skull to drain the blood), a craniectomy (part of the skull is removed to allow the swelling brain room to expand), or a craniotomy (opening the skull cavity) are ways to decompress the brain.

Post-surgery treatments may include blood medication, anti-epilepsy drugs, and painkillers.

What Are the After-Effects of a Brain Bleed?

Besides oxygen deprivation (which kills brain cells), bleeding into the brain prevents nerve cells from communicating with the parts of the body and the functions they control. This can affect anything from speech to vision.

The long-term effects of a brain hemorrhage depend on the severity of the bleed, age, and overall health. Lasting effects may include:

Unfortunately, some victims remain comatose or become severely paralyzed. They often require permanent care typically provided by a nursing home. Many do not survive the initial bleeding event or take too long to realize something is wrong.

Remember, the sooner you get to the emergency room, the better your odds of survival. The time between the emergence of symptoms and the confirmation of a bleed by a healthcare professional is a critical time period. The earlier a brain hemorrhage is found, the earlier treatment can begin.

How Long Does It Take to Recover From a Brain Bleed?

The long-term goal of rehabilitation after a brain bleed is to help you quickly regain the ability to perform daily tasks and prevent future brain hemorrhages. The recovery time after a brain bleed depends on each person and the extent of their injury.

Some patients recover completely. Others will need physical therapy, speech therapy (or require alternative forms of communication), occupational therapy, and changing lifestyle habits. With time, consistent effort, and determination, you can regain some lost functions.

How Can a Brain Bleed Injury Lawyer Help?

Head trauma after a car accident is more common than most people realize. Traumatic brain injuries like brain bleeding can happen suddenly or occur days later. You rush to the emergency room and, before you know it, you’re waking up in a hospital room post-surgery feeling disoriented and overwhelmed.

The last thing a traumatic accident victim needs to worry about is contacting the insurance company and dealing with piles of medical bills. You need to focus on yourself and your recovery.

A car accident lawyer can help you with your case. At Gary Martin Hays & Associates, our legal team has handled complex concussion and brain bleed cases from all over Georgia.

We can get you in touch with the best doctors to help you make a full recovery. We’ll also fight for a settlement that takes into account future medical care needs and any impact your injury has on future job prospects.

If you’re worried about cost, don’t be. Gary Martin Hays & Associates offers a Zero-Fee Guarantee, meaning you don’t pay us anything unless we successfully settle your case with the insurance company.