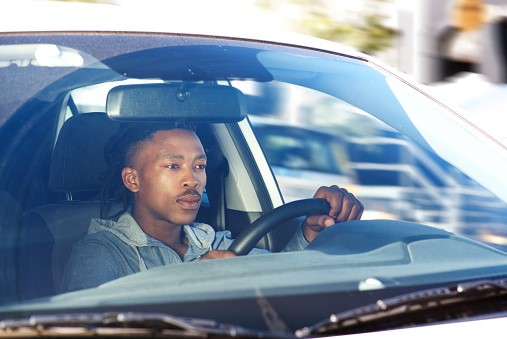 About five in every 1,000 Americans visit hospital emergency rooms for car crash injuries every year, according to the CDC. The visit rate is much higher for Blacks, with 15.2 visits for every 1,000 people compared to 4.3 visits for whites and 3.8 for Hispanics.

Black adults aged 25-44 had the highest injury rate across all age groups. Younger adults, particularly in the South, and people with little to no insurance coverage, were also more likely to go to the ER for car accident injury treatment.

It’s uncertain what the cause may be. The CDC says poverty and racism may be contributing factors. The coronavirus pandemic has only worsened these disparities. 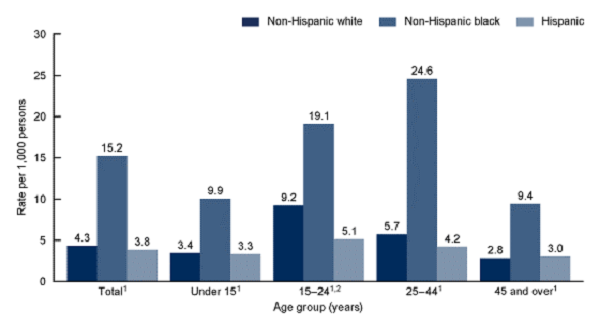 It is important to point out that the full picture regarding ER visits and car crash injuries is not known. The data for the study notes that race was documented for only 17 percent of patients and ethnicity for 19 percent.

But the findings seem to hold true to the generally understood disparities in car crash victims. In a 2017 study, racial minorities were shown to be more likely to die after being hit by a car because drivers are less likely to stop at intersections when a person of color steps out into them.

Southerners are also more likely to be involved in a motor vehicle accident with 6.8 ER visits compared to the national average of 5.3 ER visits.

In 2020, car accident deaths were the highest in 13 years despite fewer vehicles on the road during the height of the pandemic. Many people involved in those wrecks were essential workers who were more likely to be lower-income people of color.

None of this comes as a surprise to researchers.

The NHTSA estimates that of the 38,680 people who died in car accidents in 2020, the number of Black people killed in these crashes rose by 23 percent, the largest increase among all racial groups.

Part of the reason for such high fatality numbers is Black people tend to walk more, often because they cannot afford a vehicle. Pedestrians are at greater risk of dying in a crash, and fatalities for this vulnerable group have been on the rise. From 2010 to 2019, a report from Smart Growth America found that Black pedestrians were 82 percent more likely to be hit by drivers.

The spike in deaths for Black drivers and walkers highlights a growing trend created by longstanding issues such as underdeveloped infrastructure, poor design, and racism. Mostly Black neighborhoods are less likely to have crosswalks, warning signs, and other safety devices. Many highspeed roadways, built during the 1950s and 60s, also cut through communities of color.

Getting Help After a Collision

Those who study traffic patterns and trends know there are solutions: lowering speed limits, prioritizing public transportation, and improving road safety — all of which can save hundreds or thousands of lives. However, those who have been seriously hurt, or families who have lost a loved one due to a severe car accident, need help now.

Injured victims and their families deserve answers and financial compensation for their pain and suffering. But insurance companies aren’t in the business of giving either.

That’s where our Atlanta personal injury law firm comes in: we act as a shield for injured victims while they recover and as advocates for families who have abruptly lost a loved one. We can’t undo the accident, but we can ensure a more just outcome.

At Gary Martin Hays & Associations, consultations with our experienced car accident lawyers are free, and just talking to a lawyer about your rights can increase the settlement amount you receive from the insurance company. Hiring a lawyer has been shown to more than triple the amount recovered.

We’ve handled thousands of Atlanta car accidents cases and were named one of the fastest-responding law firms in the metro area. Our team is here to answer your questions and concerns regarding personal injury, car crashes, and wrongful deaths 24/7 — contact us now to get started and get the help you need.