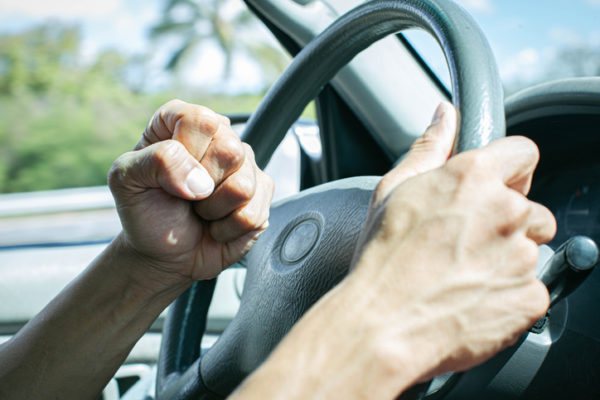 A recent study conducted by the insurance marketplace website The Zebra delves deeper into the scope of the problem. The survey was first conducted by research firm SurveyGizmo in October 2019. The Zebra examined responses from 978 drivers ages 17-85 from all U.S. states and Washington, D.C.

Most drivers have engaged in aggressive driving

There is a difference between aggressive driving and road rage, but there is also some overlap. For example:

Additionally, roughly 46 percent of participants said they kept weapons in their car, such as:

The survey found that the top driving behaviors that made other drivers angry include:

According to the National Highway Traffic Safety Administration, fatal crashes linked to road rage have increased by nearly 500 percent over the last 10 years. Road rage injuries and deaths are completely avoidable, however. Here's how you can avoid a dangerous situation:

What to do if you were injured by an aggressive driver

Aggressive drivers often only think of themselves. They don't consider the potential consequences of their actions until it's too late — they've caused a crash that injured or killed someone. If you or a loved one was injured by an aggressive driver, it's critical that you get a strong legal advocate on your side. The legal team at the Law Offices of Gary Martin Hays & Associates, P.C. is dedicated to helping crash victims get their lives back after a serious injury.

We often see crash victims undergo operations, months of physical therapy and other medical treatments during their recovery. Many of these individuals can't work and earn a paycheck. The insurance companies often take advantage of their situation. Our car accident attorneys won't let that happen. When you hire us, we'll put our legal knowledge and resources into investigating your crash and fighting for a full financial settlement.

We have six law offices conveniently located in Georgia. Contact us online or call us to get started on your free and confidential case evaluation.