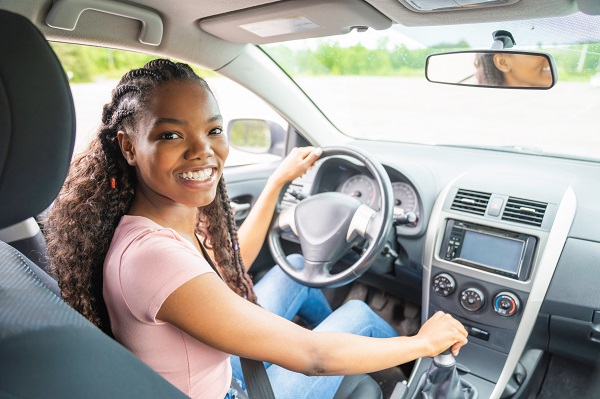 Each year, the state of Georgia puts out a public service announcement about the risks teen drivers face heading into the summer.

Coined by AAA, the “100 Deadliest Days” is the period between Memorial Day and Labor Day when teen crashes peak. During the summer, teens have more free time and hang out more often with their friends. More time on the road combined with less experience and distracting passengers can create a deadly combination.

Teen drivers are more likely to cause a fatal crash due to a lack of experience, skills, and decision-making ability. They tend to speed, make mistakes, not wear seatbelts, and get distracted easily by electronic devices and people in the car.

Teens and young adults are more likely to engage in risky driving decisions and dangerous driving habits. While summer is a time for relaxation and fun, it is not the time to slack off behind the wheel.

With Atlanta’s roads turning increasingly dangerous in recent years, parents, adult mentors, and even teens themselves need to remain vigilant in encouraging young drivers to practice positive and safe habits.

One of the best ways to reduce risky driving behaviors in teens is to model good driving habits and enforce seatbelt usage. A survey by the National Safety Council reported that 91% of parents have handled their phones in front of their teens while driving.

Adults need to practice what they believe in if they want their children to take them seriously. If you don’t want your teen to speed or run yellow lights, then you need to set a good example.

Other ways to reduce a teen’s chance of being involved in a wreck include:

Driving on Georgia Roads and Interstates

Even if your teen has their license, that doesn’t necessarily mean they are ready to handle the stresses of navigating Atlanta interstates like I-85, I-75, or I-285. Make sure to take a few practice trips during low-volume hours so that they can gain valuable experience and a confidence boost.

While driving on the interstate is risky, your teen has a much higher chance of being involved in a crash on suburban highways and thoroughfares. Many drivers speed, run red lights, fail to yield, or drive aggressively. Practice driving on main roads around town and observing the various speed limits and potential dangers at intersections.

The fatal crash rate doubles at night for teens. Normal risks during the day become magnified at night, especially in unfamiliar areas. In Georgia, new drivers must have at least six hours of supervised night driving experience before getting their driver’s license. Even then, 16 to 17-year-olds have a mandatory curfew from midnight to 5 a.m.

Limit the number of people in the car with a teen while they are learning to drive. This includes both family members and friends. Passengers are the number one cause of distracted driving accidents, especially for teen drivers.

Teach your teen that they need to keep their eyes on the road at all times. They should not look over at a person in the front passenger seat, even when that person is talking to them. If a friend tries to show them something on their phone, your teen should ask them to show it to them later once they’re done driving.

Even if your teen practices safe driving habits, they are still at risk from other drivers. Perhaps another teen driver or an adult who was distracted crashed into their vehicle. Maybe they were a passenger at the time of the wreck.

Regardless, if your teen was involved in a crash and severely injured as a result, you can file a personal injury claim on their behalf. Doing so ensures your family isn’t taken advantage of by the insurance company and left with mountains of medical debt to pay off.

Gary Martin Hays & Associates specialize in helping Georgia families through the aftermath of a car accident. We get you the maximum compensation possible to cover medical costs, property damage, and any lost wages if your teen was working at the time of the accident.

Schedule a free consultation for your family today to get the legal assistance you need fast.