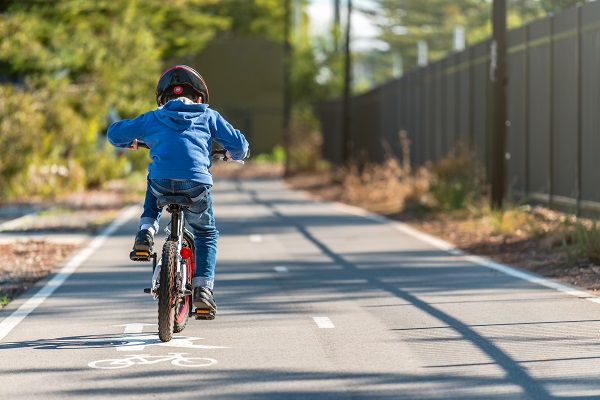 A study published in the Journal of Transport and Health found that increasing protections for bicycle lanes led to safer roads for all. After analyzing 13 years of traffic crash data for 12 U.S. cities, researchers found that urban areas with protected and separated bike lanes had 44% fewer deaths and 50% fewer serious injuries compared to other cities.

Teams from the University of Colorado and University of New Mexico examined 17,000 fatalities and 77,000 severe injuries in several major cities between 2000 and 2012. All of these cities experienced increases in cycling as more infrastructure was built.

It had been assumed that more bicyclists on the street would cause drivers to slow down and be more cautious. But that wasn’t the case.

Painted lanes were found to be worse than having no markings at all because it gives people a false sense of security. Instead, sturdy bike infrastructure, such as physical barriers that separated bikes from cars and trucks rather than shared or painted lanes, significantly lowered bicyclist deaths and injuries.

Drivers benefit from bike facilities because they have the effect of slowing down traffic speeds, so even if a driver crashes into another driver, there is less likely to be serious injuries or fatalities.

An increase in bicycling by itself does not make a city safer. Better safety outcomes instead come from more bike-only pathways that are separate and protected from automobiles, as well as intersections designed in favor of pedestrians and lower speeds.

Atlanta has much work to do when it comes to cyclist and pedestrian safety.

One study by PropelATL found that fatal pedestrian and bike accidents in Atlanta doubled from 2020 to 2021 — by spring, 31 people had been killed while walking, biking, or using a wheelchair.

Poor infrastructure and high speeds are often to blame. In an example of the tragedies that play out almost daily on Atlanta’s streets, a 14-year-old riding her bicycle home from a drama play at school was hit and killed in a crash at 10th Street and Monroe.

Atlanta’s Most Deadly Streets for Pedestrians and Drivers

Millions of dollars in proposed infrastructure improvements are coming to the city in an effort to achieve Vision Zero (an ambitious and comprehensive strategy to eliminate all traffic fatalities and injuries).

Until such changes are implemented, Atlanta remains highly dangerous for everyone no matter their mode of transportation. The Atlanta Bicycle Coalition, an organization working to make Atlanta's roads safer and more inclusive for bikers and walkers, put together a map detailing the city’s most dangerous streets. It’s called the High Injury Network. 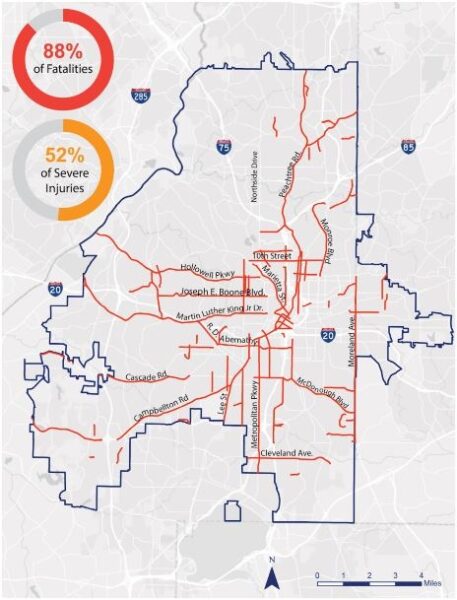 Image from Propel ATL via www.letspropelatl.org/high-injury-network

The most dangerous streets in order are as follows:

Many of these streets intersect through neighborhoods with higher shares of Black residents, who are more likely to walk and use public transit, have lower car ownership rates, and have the least access to sidewalk coverage.

How to Make a City Bike-Friendly

There are many ways to increase pedestrian safety and reduce bicycle accidents and injuries, including:

What If You’re Injured in a Bicycle Accident?

Until Atlanta significantly improves its bicycle and pedestrian infrastructure, unnecessary bicycle accidents remain a grim reality for the moment. Bicycle accident injuries are almost always severe and have a high risk of becoming fatal.

If you or a loved one were injured in a bike accident due to a negligent or reckless driver, you don’t have to face the future alone. Our Atlanta personal injury lawyers are intimately familiar with Georgia law and are relentless when it comes to securing rightful compensation for injured victims.

Learn more about how the attorneys at Gary Martin Hays & Associates help bike accident injury victims with their cases. Contact us for a free consultation — we’re available via chat and phone 24/7.