Home » Blog » Meet One of Our New Attorneys: Jessica Eisenhower

Meet One of Our New Attorneys: Jessica Eisenhower 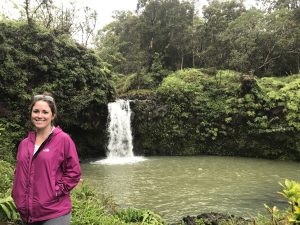 But Jessica didn't always want to be a lawyer. In fact, she started out as a biology major at the University of South Carolina, intent on becoming a veterinarian. So, how did she end up as an attorney?

"When I was in college, I took a Constitutional Law course for non-law students and loved it. I started taking similar courses and actually enjoyed and excelled in them," she explained.

After graduating in 2008, Jessica entered the University of South Carolina's School of Law. She was drawn to the fields of workers' compensation and personal injury during a course on insurance.

"My professor was also a part-time practitioner at a firm specializing in workers' compensation and personal injury. He always had so many interesting stories about cases he had worked on, and it was just one of those things where I knew that I ultimately wanted to practice that kind of law," she said.

Jessica graduated in 2011 and began her legal career as a general practice attorney in Columbia, South Carolina. She gained valuable experience working closely with individual clients who were experiencing stressful and often devastating times in their lives.

After spending her entire life in the Palmetto State, Jessica sought change. In 2015, she moved to Atlanta for the opportunity grow in her career and to focus on her work as a workers' compensation and personal injury attorney. 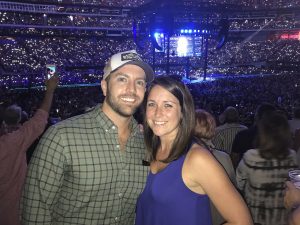 "I won the very first workers' compensation hearing that I attended unsupervised, so that was a great boost of confidence in an area of the law that was still fairly new to me," she said.

She chose to join the Law Offices of Gary Martin Hays & Associates and said the firm's experience and reputation were what initially caught her attention. "I wanted to be a part of a firm that was known for truly putting the interests of their clients first," Jessica said.

She described her profession as "rewarding" and said her favorite part of being an attorney is knowing that injured workers and car accident victims have entrusted her with protecting their rights and interests. "It is always a great feeling when a client goes out of their way to let you know that they made the right decision by hiring you," she continued.

For those who are uncertain about hiring a lawyer or who have had a frustrating experience with a firm, Jessica said that shouldn't deter a person from seeking representation.

"Make sure to do your research and hire someone with a proven track record in their field of practice," she said. "I'm biased, but for good reason -- I believe someone's who has been hurt should definitely call us to review their case and get more information."

Meet our team of attorneys and support staff here!

As always, if you or someone you know is considering legal representation, please call 770-934-8000.